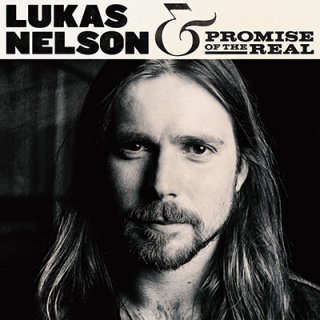 Lukas and his band probably froze their asses off when they landed on our frostbit continent. It wasn’t the most welcoming weather for the Austin, Texas-born frontman and his band, of which the members reside mostly in the Southern States of America. Still, this didn’t stop them from giving a stellar, heartwarming, and passionate performance in the city of Utrecht, the Netherlands, yesterday.

The location was an excellent choice. Tucked away on the top floor of Tivoli Vredenburg, there is an cosy music room called ‘Cloud Nine.’ It holds a maximum of 400 people and has an excellent acoustic paired with an even better atmosphere. In this intimate setting, the band kicked off with, how appropriate, “Set me down on a cloud.” This track also is the opening song of their latest, self-titled, album. Although a few sound settings needed to be adjusted when the first notes got played, the band quickly slipped into their comfort zone, and the audience followed. 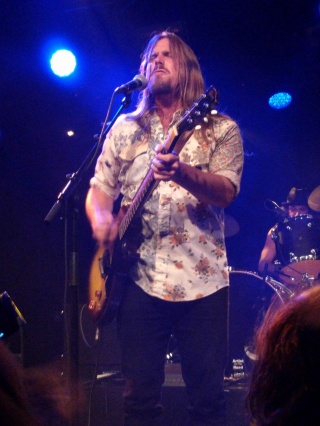 A few more songs of the album were next, all received well by the crowd that cheered harder after each song. Then a silence fell over the room. One could hear the proverbial pin drop as Lukas started his acoustic set. It is in this set we can hear how his incredible talent and hard work has made him a high-level musician. One that, in my humble opinion, will one day be one of the giants.

What follows after the acoustic set is a real treat. Miscellaneous songs are played by the enthusiastic band, and the interaction with the audience gets kicked up a notch. During these songs, a fair amount of improvisation seemed to be going on, especially while playing the bridge portions. It was great to see the band members giving each other the space to stand out in their own performance, lifting the group as a whole to a higher level. It’s quite rare for a band to be that capable of sounding like a unit while also being able to sound great as individual musicians, in a single concert. It shows the Promise of the Real has a strong cohesion which is a joy to listen to, and, to honor their name, a promise for the future which can only become brighter.

The highlight of the evening is the audience being surprised by the band playing an excellent performance of Paul Simon’s ‘Diamonds on the soles of her shoes.’ In an incredible and extended version of this song the group gets the entire room to dance, including the senior audience and the disabled (such as yours truly who is dyspraxic). After this dazzling and epic version of the famous song, it is almost time to go, but the crowd won’t have it. They want more, and they are getting it. Not one, but two times, the men give in to the audience and return for more.

The last song of the evening is a brand new one with a clear message. Turn off the news and build a garden. With this great advice, the group leaves the stage. Only they do not leave it at the back, instead, they step into the audience giving each and every one of us the opportunity to chat with them and take pictures. This unusual way of stage exiting shows the men are not just musicians but also a sociable bunch who care for their audience. When waiting in line to get my picture taken, there is one sentence I hear everyone use as they pass by the band members, “Thank you for the great show.”

View all posts by juliablackwater