After a very productive half year, during which I drafted two novels, I’m currently on a (planned) break from all my writing activities. Well, almost all of them. I do still take a lot of notes on ideas that spring from my mind. But aside from that, I haven’t properly sat down to write something since late April. Luckily, I’ve had very happy reasons to set this summer stop. 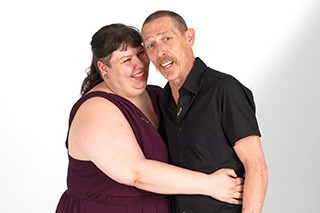 The first of those reasons being that I got married. Or should I say eloped? Either way, after a relationship of 10 years with Joep we decided to tie the knot. On the 14th of May, we married in just the company of our witnesses. A day later everyone received a card with the wedding announcement and a dinner invitation. It was a simple ceremony, but it was exactly as we wanted. No fuzz or frills. Just love. Now as some of you may know, I’m polyamorous. I also have a relationship with Tony. That didn’t change. I’m still happy with both men, and both men are still happy with me and the arrangement we have. In fact, Tony was one of the three witnesses during the ceremony. Even as an atheist I feel blessed to have such great guys by my side.

Where the wedding was a small ceremony, the dinner party that we held two weeks later was bigger. We had about 50 people coming over to a buffet style restaurant. Some folks would say that is still a small party, but I was totally blown away by the amount of attention we got. One of my best friends even came all the way from the UK on his motorcycle. Others were there despite being very ill. It was unforgettable, to say the least.

After an epic party, we dove right into a new adventure when we got the keys to our new home. A lovely little house in the town of Hardinxveld. It doesn’t need much work, but with my Dyspraxia and Joep’s herniated disks we are moving a bit slower than other people. It’s not a problem. All in due time. At the moment the house is habitable, with a couch, bed, and tv. Recently my sons have helped us move the old oak desk to the writing room. They did a great job. Soon the whiteboard will go up, pictures will go on the wall, and my office will be ready for action.
For now, my planning from the end of September onward looks as follows:

For now, I wish you all a very pleasant summer, and I hope to greet you back here in September.

This blog post is my assignment for the course English Grammar and Style by UQx & edX.

English is spoken by 1.39 billion people worldwide. Some of them are casual speakers, that only speak the language occasionally. About 800 million people are using the language more frequent. They speak English on a daily basis and are either native or bilingual speakers. Although all these speakers tend to understand each other well, there are localised differences. The most apparent differences are those in the use of words. Such as the British ‘anticlockwise’ vs the American ‘counterclockwise’. However, more characteristics set the localised versions of English apart, one of them being punctuation.  END_OF_DOCUMENT_TOKEN_TO_BE_REPLACED 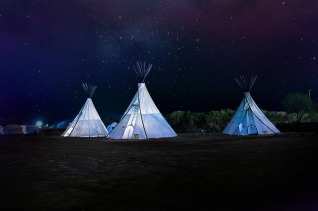 NaNoWriMo is short for National Novel Writing Month. This event, which takes place every year in November, has as goal to get people writing. Preferably a novel, but the organization also accommodates ‘rebels’ who opt to write a screenplay, biography or whatever they can come up with. The word count for this event is quite steep, 50.000 words in one month to be precise. For some this threshold is a bit too much, for others it’s a great way to stay productive. For the latter and all people who desire a reboot of NaNoWriMo halfway through the year, there is Camp NaNoWriMo.  END_OF_DOCUMENT_TOKEN_TO_BE_REPLACED

This blog post is my assignment for the course English Grammar and Style, lecture 1.2 by edX and a response to Infosys ‘Why I make’ video campaign.

In essence, I think I am, and always have been, a creative person. Somewhere deep inside me, there is this drive to make something. To make anything really. As a toddler I was already scribbling notebooks full with my drawings and, as I grew on, the drawings became paintings. Later on in life, I got a camera, and I learned about the wonderful world of photography. Other arts and crafts followed and managed to spark my interest. A fair bit of tinkering also got added to the list. Welding, soldering, and pyrography. Writing is the most recent thing I picked up. This made me wonder; what is it about creativity that has such a pull on me? Why do I need to create in order to feel alive?  END_OF_DOCUMENT_TOKEN_TO_BE_REPLACED 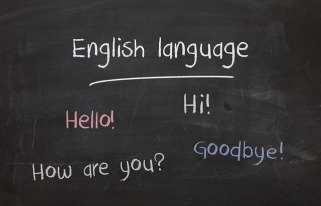 My primary language is Dutch. Being born and bred in the Netherlands, it comes easy to me. Although there are some nasty pitfalls in the language, my gut pretty much knows how to solve grammatical difficulties. I’m not unique in this. Most people will naturally feel what is right in their own language.

When we learn another language though, it’s like being thrown in at the deep end. It is not that difficult to learn what translation each word has, but when it comes to forming sentences, it gets messy. Even more so when you start to write in that language.
For example, in Dutch, a dialog is preceded by a colon. That’s odd, isn’t it? Let’s take a look at the way the Dutch would construct a sentence with a dialog.  END_OF_DOCUMENT_TOKEN_TO_BE_REPLACED

Last week I read this post in a Facebook group for writers: “Should writers be allowed to write characters that they have no similar experience with? Such as writing a character of a different gender, sexuality or race. Curious about other people’s thoughts. I honestly think you should, but I have encountered people who think you shouldn’t.”

Of course, I responded in the said group, but the subject is important enough to explore further. I’ll explain why. As humans, we are compelled to group people. Friends, family, and acquaintances. Men and women. Black and white. Gay, straight, and transgender. There’s an evolutionary reason we do this. In “the old days” we needed to recognize our tribe because we were vulnerable beings. Sticking together with your own group gave you the protection you needed. After all with bears, tigers, and god-knows-what-else on the loose, it was a dangerous world. So we distinguished between “my people” and “other people.” END_OF_DOCUMENT_TOKEN_TO_BE_REPLACED

As I wrote before, most writers perform best when writing alone. I’m no exception to that, but my home is often crowded. I’ve got two partners, two sons and a flatmate. The partners have their kids, the sons have their friends and my flat mate loves to watch the most annoying comedies. As I started to write more, my need for a quiet place became bigger. I looked at several options. Writing in my bedroom for instance. But even there I’m bothered by people asking me where their favorite t-shirt is, if I’ve seen the Pikachu on our lawn and whether I’d like to watch a series with them. All legitimate questions, unless you want to do some serious writing.  END_OF_DOCUMENT_TOKEN_TO_BE_REPLACED

Most of us write best when we are alone. No distractions, no questions asked. Just you and your story. Maybe some music. Or a cat on your lap. As long as it stays there. God forbid it starts walking the keyboard and replaces the last fifty pages with random letters combinations.

We perform better as solo artists. Shining on a stage loosely constructed from paper, ink and tears. In an awkward theater where the crowd doesn’t appear until the artist left the building. Only to find a written account of the show left on the stage. Yet they cheer.  END_OF_DOCUMENT_TOKEN_TO_BE_REPLACED

I’m sorry to say that I haven’t been completely honest with you. You came here, on my website, thinking I was a writer. But I’m not. Instead I have this secret I carry with me. I’m a highly skilled undercover procrastinator.

It all started when I first went to school. My mother wrapped me up warm that day. She sat me down on the back of her bicycle and cycled to school with me. I was excited and a little bit scared. Finally I was going to learn some of the important things that adults could do, like writing or reading! My mum took my little hand in hers and she brought me to my class. There was a little chair standing in the circle. It had a sticker on it. I remember the picture on it. It was Heidi. My mum had read the book of Heidi, the girl in the Alps, to me. There was a very sweet teacher, she said I could put my chair next to hers. So I did. Then the teacher started singing songs. Maybe they were interesting songs… or maybe they weren’t. I don’t remember, I was already looking out of the window wondering how clouds were made.  END_OF_DOCUMENT_TOKEN_TO_BE_REPLACED

When I first started writing I wondered whether or not I had to pick a pen name. I asked for advice on a writers forum and did some reading on the subject. I found out the use of pseudonyms by authors is quite common. Did you know that Voltaire, Mark Twain, George Orwell and Stan Lee are all pen names? I didn’t and I very much enjoyed reading the stories of why they chose to write under another name.  END_OF_DOCUMENT_TOKEN_TO_BE_REPLACED